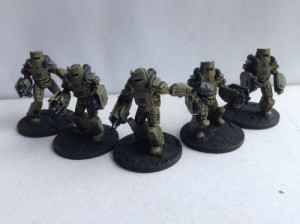 Now we’ve recovered from Salute we’ve had time to get the 28mm scale Grizzly walker on to our webstore. This is a lovely model and we think its a bargain at only £25! Soviet Heavy Infantry are also now available in 28mm. Draft Bolt Action rules for these models are also available on our downloads page.