Sometimes we just don’ thave the tim eor the people to sit down and play a game. Enter the mobile devices and services such as GooglePlay and Steam to feed the addiction. XenoShyft and Talisman: The Horus Heresy are both available in digital form now!

XenoShyft is now available online via Steam. In this base-defense deck-building card game you and your teammates will have to work together to survive the continuous onslaught of powerful alien threats and horrors!

The version of XenoShyft you get on Steam includes cross-platform gameplay. The game is the same as you enjoy on the tabletop, with fully-cooperative play, as well as solo play. It also has several expansions available for download. You can get them separately or together for a special price. 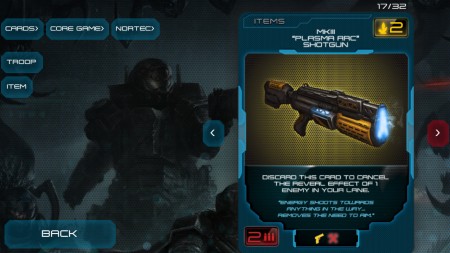 Talisman: The Horus Heresy is a digital board game now available through GooglePlay for Android OS and based on the Talisman rule system and set in the Warhammer 40,000 universe, during the cataclysmic events of the Horus Heresy.

Up to four players will be able to take control of one or more of the galaxy’s greatest heroes or most notorious villains. Taking the side of either traitor or loyalist, these Warlords will form vast companies of Space Marines, battalions of tanks and battlefleets of Spacecraft. They are the most powerful beings in the Galaxy and their followers are legion.

The new combative team play will appeal to fans of Talisman and the Horus Heresy alike. It’s a unique adaptation of Talisman that has been tailored specifically for digital platforms.

In Talisman: The Horus Heresy the player’s experience of Talisman is scaled up exponentially, exploring not a kingdom but a whole galaxy in the 31st Millennium. No longer will you be fighting for the Crown of Command, but for the very future of humanity 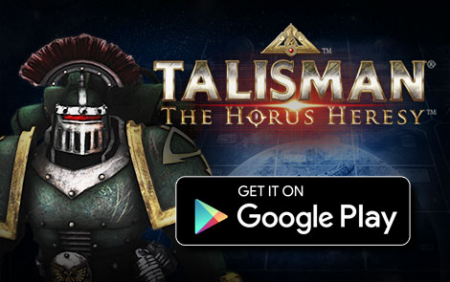