Most of the personal missions require some particular combination or set of loot items. Some of the primary missions require them as well. Then there is the good ol’, generally useful loot like weapons, armor and single use items that help you get out of a sticky situation.

Until now, getting that loot that you NEEDED was, at times, extremely difficult. There was a limited amount of loot available per room, and once it was gone, there was no reason to return to that part of the ship, ever! Getting what you needed from the loot deck meant looting non-stop to drill down through the deck to find what you need; assuming nobody else discarded what you needed (effectively removing it from the game and destroying your chances of getting a win)!

Some MAJOR looting changes have been made that fix these issues while still keeping some of the luck of the draw involved (because really, you’re not always going to be guaranteed to find what you want, when you want it – that’s an unrealistic expectation, right?).

In addition to this, a couple of the characters have the special ability to take TWO loot cards on a successful search instead of just one. You can also spend reputation to take a second card or even to redraw all three cards in the hopes of finding something better!

More choices available to you, but be careful; There is a limit to what your character can carry, and once you’ve discarded an item it is effectively removed the game and potentially destroys another players chances of completing their personal objective!

While there was already a good selection of loot available, even more has been added, while some have been seriously updated! 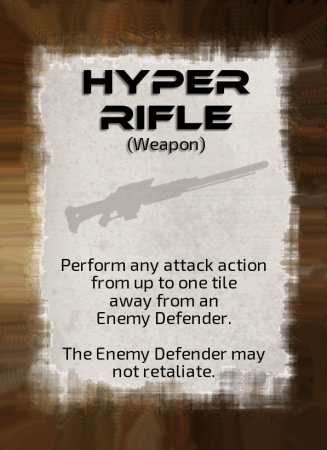 We hope you are as excited as we are to see these new and updated systems come into place and to see Into the Black hit a gaming table near you!

As always, any comments and suggestions are welcome!

James J Campbell is the Lead Game Designer at I Will Never Grow Up Gaming and the creator of
several projects such as TechMage Sci-Fantasy RPG, Into the Black: A Game of Space Piracy and Conflict & Chaos: Vietnam 19