Within the ranks of the Legio Custodes, Aquilon Terminator Sodalities were employed rarely but as need dictated, particularly on those rare occasions where the Legio Custodes were required to operate under conditions designated as ‘Zone Mortalis’ or required to storm a breach. In such operations, the Legio was loathe to risk unwarranted loss of life, and the superior defences of the Aquilon Terminator armour was relied upon to mitigate the risk as much as possible as well as provide a platform of mobile heavy firepower.

The core of the Silent Sisterhood are its Prosecutors, mercilessly effective both in attack and defence. With this bundle you’ll be able to upgrade a 5-model Prosecutor Squad to represent a Prosecutor Cadre. 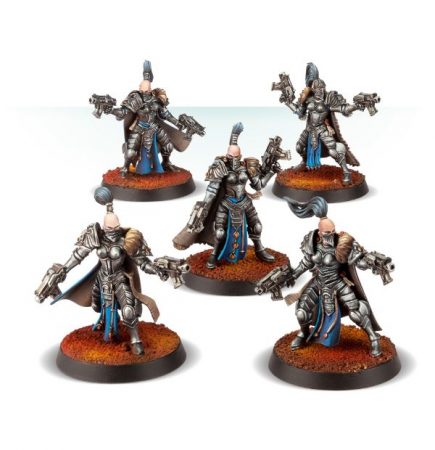 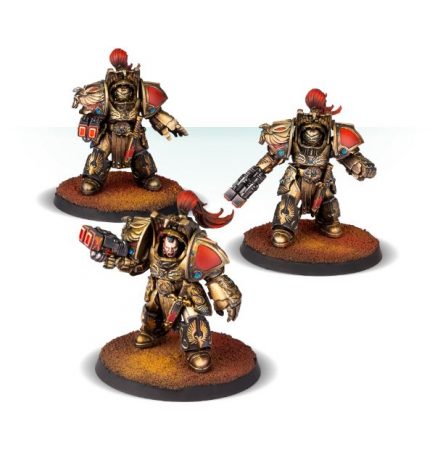