For all those who have been (im)patiently waiting for Crystal Clans to appear before you, the time is near!

Crystal Clans will be released by Plaid Hat Games on March 29.

Crystal Clans will have a simultaneous international release in English, French, German, and Chinese.

In Crystal Clans, 2 players go to battle with unique armies. Leading their squads across the battlefield, players compete to gain powerful crystals which hold the power to dominate their world. Choose to command 1 of 6 clans, including the adaptable Water Clan, the peaceful Flower Clan, the relentless Skull Clan, the innumerable Blood Clan, the wise Meteor Clan or the unyielding Stone Clan. 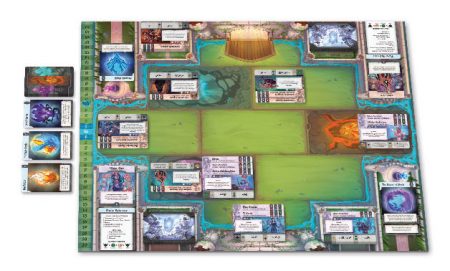