Long before Han Solo owned the Millennium Falcon and made his own brand of special modifications to the ship, it belonged to infamous gambler and smuggler Lando Calrissian. With the recent release of Solo: A Star Wars Story, we finally got to witness some of the Millennium Falcon’s early exploits and see how it inevitably came into Han Solo’s possession. Soon, you’ll have the opportunity to experience this classic ship in an all-new way during your games of X-Wing™ Second Edition. 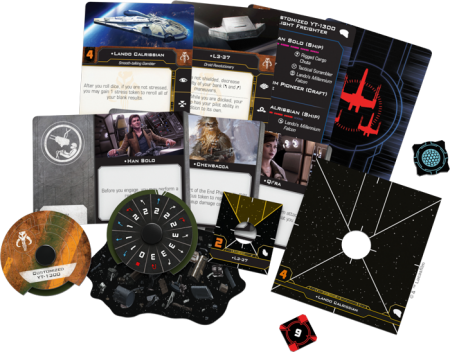