Robotech:Force of Arms game has arrived at PHD’s distributor’s warehouse.

Force of Arms  is a 1v1 card game of the Zentraedi vs the Robotech Defense Forces. 2 players, 30 minutes and a less than $20.00 price tag. If you would like to pre-order the game now you can go to your local game store and provide them SKU:SRF0600 and they can get your copy ordered to be delivered with the first round from distribution.

What Is Up Next?

We are currently working on Robotech: Crisis Point. This will be a 1v1 card game but with even deeper strategy and focused on the MASTERS section of the Robotech series. You will get to play a ground war pitting the Masters vs The Army of the Southern Cross. We are expecting to release it around January 2019.

After Crisis Point we will be working on the 1-6 player cooperative game Robotech: Invid Invasion. It will be a cooperative game where the REF (Scott and his band of survivors) and the Invid are battling for control of Reflex Point and the Earth.  This is based in the New Gen section of the series. We are looking to release this around July 2019. 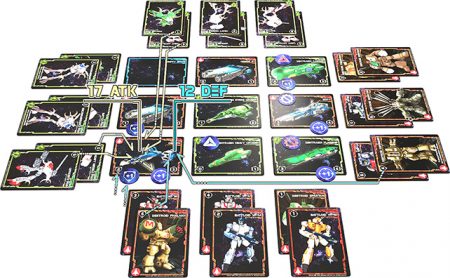