Neon Gods is a story of street gangs set in a kaleidoscopic near future of heightened reality. Start your own (legitimate) businesses and watch them flourish. Recruit the finest disillusioned ne’er-do-wells to hold your territory, and purchase black market resources that’ll give you the edge. Be prepared to fight for what’s yours, because your opponents will muscle in on your territory. And don’t forget the cops, who clearly don’t have anything better to do than harass innocent business owners such as yourself.

The world may not think much of you, but in the back alley glow of the neon night, you can be a god. 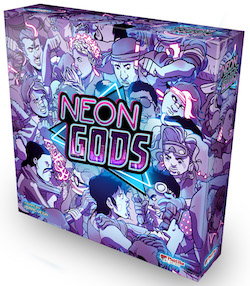 The Guardians once fought for justice, but these legendary heroes stepped aside after InterGov, the first world government, united the planet in peace. Nearly three decades have passed, but law and order are once more threatened. Renegade factions have emerged to challenge InterGov, and a new generation of heroes must rise up to defend it!

Assemble a team and send them against your enemy, in this tactical, super-powered card game. Seize key locations while combining each hero’s unique abilities to unleash ultimate attacks! Explore ten distinct heroes, each bringing an incredible amount of variability to their team. Combine each hero’s unique deck of powerful cards to discover new combos, outflank your opponent and fight your way to glory! 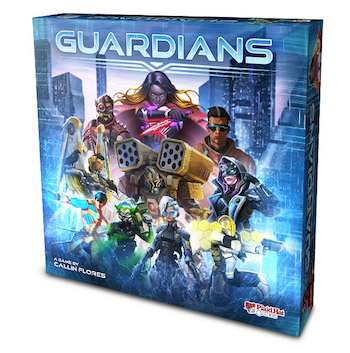 The War of Ashes rages on! Two new Phoenixborn join the fight, bringing their different magical abilities with them. Rimea Careworn can perceive the spirit world that lies beyond Argaia, and she pulls from it to challenge her opponents with powerful ancestral guardians. Xander Heartsblood is the primal defender of Vallen, and he uses the savage reptile beasts of the oasis to defend it. Both The Ghost Guardians and The King of Titans are available now. 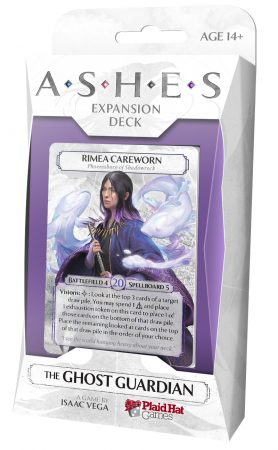 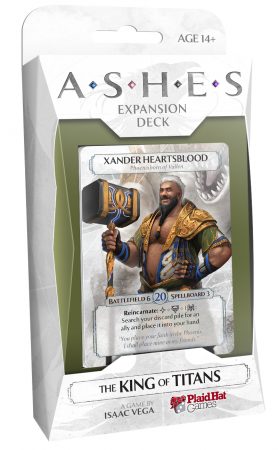 In addition to these new releases, don’t forget that GEN7 and Comanauts are releasing later next month!