In Battlestar Galactica – Starship Battles from Ares Games, players take control of Colonial and Cylon spaceships and face each other in furious dogfights and daring missions, piloting beautiful pre-assembled and pre-painted miniatures, faithfully representing the spaceships from both the Re-imagined and Classic versions of the shows. The game uses a unique game system, inspired by its “glorious” predecessors – Wings of Glory and Sails of Glory, but at the same time introducing many new features, to represent the cinematic, yet realistic space battles of the show

Players will be able to add more spaceships to their games with additional Starter Sets or Spaceship Packs. The first Spaceship Packs, featuring different versions of Vipers and Raiders, and a set of additional control panels are due to release on February 2019, and more will follow along next year. More information about what is coming in the game line will be unveiled soon. 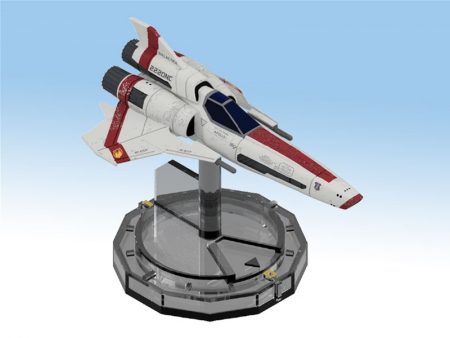