Whether fought between the Galactic Empire and Rebel Alliance, the Resistance and the First Order, or the Galactic Republic and the Separatist Alliance, the Star Wars saga is defined by massive space battles that pit groups of heavily-armed warships and dozens of smaller starfighters against one another. Soon, you’ll have the chance to enter these battles and test your mettle in some of the most intense and chaotic space battles in the Star Wars galaxy.

Featuring eleven cinematic scenarios—from team games to chaotic, eight-player, free-for-all battles—Epic Battles broadens the possibilities of X-Wing, creating an exciting new experience for players of all skill levels. In addition to the scenarios and rules for playing with more than two players, Epic Battles also introduces wings, an exciting new way for players to control multiple ships in formation using only a single maneuver dial. Wings work particularly well when flying in conjunction with huge ships, the largest class of ships available in X-Wing.

No matter if you’re going head-to-head with a single opponent or coordinating your attacks with a teammate, the new game modes you find in Epic Battles create an exciting new X-Wing experience. Read on for more of what to expect in the Epic Battles Multiplayer Expansion! 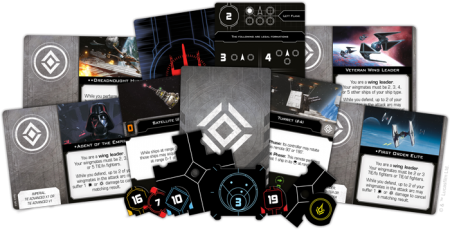