All-new products now available to thank longtime fans and to set the stage for the future. Links below! 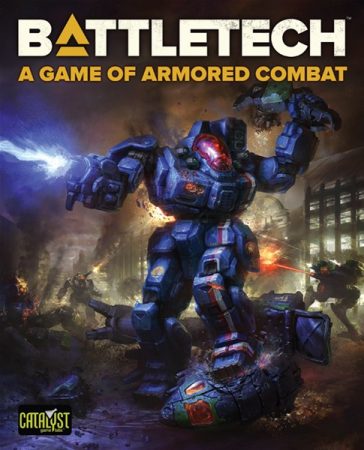 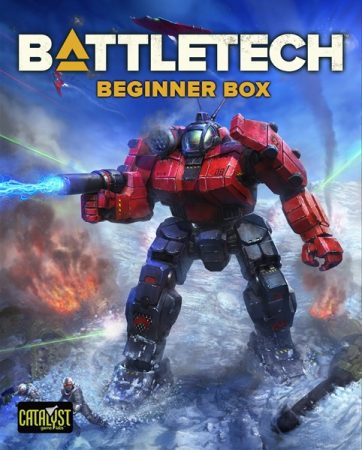 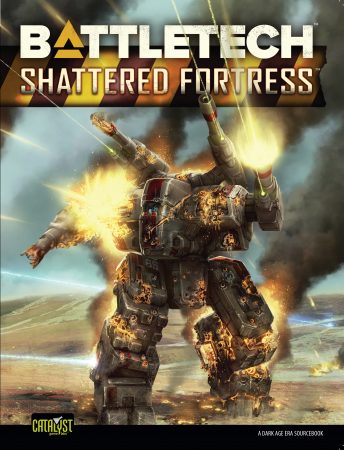 Following the successful release of Shadowrun dice, Q-workshop now has the license to release BattleTech-related dice.

“There’ve been so many great dice released for BattleTech over the years,” said Randall N. Bills, Managing Developer for Catalyst Game Labs. “So when Q-workshop started talking about BattleTech, I immediately had grandiose plans for how to make these sets cooler and more unique than any that have come before. It was a blast co-developing this with their team, but ultimately you’ll let us know if we hit a sweet spot on your gaming table!”

Q-workshop’s BattleTech dice will start with the five Great Houses, specifically oriented towards a 3025 Succession Wars–era setting. Each House pack comes with two faction dice, as well as 3 famous Combat Commands for each Great House, and finally a mercenary outfit most connected with that House for this Era.

“BattleTech. The name says it all,” said Mateusz Kaluzny, Custom Dice and License Manager for Q-workshop. “After the successful release of the Shadowrun dice, we could not resist the power of MechWarriors, so we proceeded into the Inner Sphere. Not only is there a great BattleTech community, but we love the universe as well. It was clear we simply had to make these dice.”

Look to www.catalystgamelabs.com and q-workshop.com in the future for more details on these upcoming dice sets!

Catalyst Game Labs is pleased to announce the Beta release of the first of a new line of sourcebooks for Alpha Strike: Combat Manual: Mercenaries.

“The Global BattleTech Community is simply fantastic,” said Randall N. Bills, Managing Developer. “I’ve known this for a long time, through so many years of online and convention interactions, previous beta tests, and more. And it was particularly evident during the Harebrained Schemes’ BATTLETECH Kickstarter as every stretch goal was unlocked and a myriad Backer Missions knocked out. Not to mention, even after the PVP Solaris was unlocked, the backers kept flocking and the funds kept over-flowing (if you missed it, you can still get in on some of the action now that the BackerKit site is up). As such, now seems a perfect time to once more tap into that expertise and passion to elevate the quality of our new Combat Manual series. Again, right up front, you are all amazing…thank you!”

With that in mind Catalyst Game Labs is repeating that previous process, releasing Combat Manual: Mercenaries in a “Beta Release” PDF book.

In order to ensure maximum exposure, Catalyst Game Labs is releasing the PDF at $5 for a limited time. They are also providing several combos that allow players to pick up the Alpha Strike Core Rulebook and Alpha Strike Companion PDFs for a lower price as well, if they’ve not given this new system a try yet. Finally, for a limited time, all Lance Packs are now $14.99 instead of their standard $19.99.

When Catalyst Game Labs releases the final version of the PDF, it will return to its standard, higher price. Anyone who previously purchased the PDF at $5 will automatically receive a free upgrade to the final PDF.

Catalyst Game Labs has put together a little Battletech Primer PDF designed to help get anyone interested in the Battletech world with a bit of the history of both the games that have come before, and a bit about the universe, itself.  So if you’ve not been keeping up with all things Mech for the past 30 years, here’s a bit of a history lesson for you

Creating a booklet that showcases the immense legacy of this universe, while providing an exciting, new way to present the information about the 3025 Succession Wars Era (as it’s been written about dozens of times), and showcasing all the ways players can experience BattleTech across all the companies involved producing games? Yeah…pretty tall order and it required lots and lots of go around. Ultimately you’ll let us know if we succeeded!

Beyond everything else that’s great about this PDF, the art is a brilliant, 30-year retrospective of an amazing cadre of artists.  The art in this Primer covers thirty years of action-packed BattleTech excitement. From the very first books published in 1985 to illustrations this year from both the tabletop game as well as concept sketches from Harebrained Schemes’ coming BATTLETECH: enjoy the visual history of this stunning setting.

These two books add in new equipment, vehicles, aircraft, weapons, and, of course, mechs, to the lexicon of Battletech. There are also new variants and pilot profiles you can use to enhance your game with. You can get the pdf version of the books now, or pre-order the print versions.

The great experiment that was the Republic of the Sphere has failed. Withdrawn behind the Fortress walls, the once-great power has become a silent, opaque remnant of its former glory. Without its influence, old hatreds have risen anew. As war once more rages across the Inner Sphere, new equipment strides across ancient battlefields. Technology, once stagnated by trade restrictions and peace treaties, now surges forward again, testing these new machines in the fierce crucible of war.

Technical Readout: 3145 introduces the latest wave of new battle armor, vehicle, ’Mech, and aerospace units appearing in the Republic Armed Forces and across the Inner Sphere in the Dark Age era. Featuring new equipment described in Era Report: 3145 and Field Manual: 3145, this book brings players an update on the advancing technologies used in the battlefields of the thirty-second century.

Technical Readout: 3150 collects the latest generation of battle armor, vehicles, ’Mechs, and aerospace units from around the Inner Sphere in a single print volume for the first time, complementing the Republic-heavy units shown in Technical Readout: 3145. Featuring new technologies found in Era Report: 3145 and Field Manual: 3145, with new variants and notable pilots, this volume provides players with a glimpse into the twilight years of the Dark Age Era.

Battle Foam continues to release new trays for a huge variety of miniatures to keep them safe during transport and storage.  They’ve now introduced the release of new foam trays specifically designed for BattleTech.

Strap yourself into the ultimate suit of armor: the BattleMech. Thirty feet tall and weighing up to a hundred tons, this humanoid engine of destruction is a walking arsenal with enough firepower to level a city block. The BattleTech game system takes you into the world of the 31st Century, where war has become a way of life. You are a MechWarrior. You are in command of the most powerful machine on the battlefield, and hold the fate of empires in your hand!

The BattleTech Anniversary Introductory Box Set thrusts you onto the battlefields of the 31st century.

Go grab the best value in gaming and start clashing across alien worlds in metal titans of action-packed gaming fun!

Alpha Strike is a new, fast-playing form of the BattleTech game of futuristic, armored combat. Developed for the modern tabletop miniatures wargamer, this book allows for an alternative in game play that can turn an entire evenings gaming of giant ’Mechs on alien worlds into an hour or less. Complete with sample armies and a ready-to-play campaign system, all you need besides this book are dice, miniatures, and tabletop terrain to fight for control over the Inner Sphere!

Catalyst Game Labs is extremely excited to provide another great tool in support of Alpha Strike with the release of data files for Lone Wolf Development’s brilliant Army Builder Software; and, thanks to the hard work of community volunteer Jim Williamson (thanks Jim!), they’re available for free!