The Falconers are a damn mystery to everyone, between the rumours surrounding their origins and their enigmatic ties to the Hunters. One things for sure, though – the Falconer’s Guild represent an unwelcome wildcard for the Guilds; their sudden appearance an omen the feral Hunters are on the rise once more…

Leader of her flock, the Daughter of Falcons directs her team with merciless efficiency, isolating her prey methodically before the skies darken and death plummets from above. On the rare occasion her victim might escape their fate, it is only because Devana has instead chosen to steal the ball, directing it away to her teammates and safety.

The ruthless stare of their eyes akin to the flash of cold steel, the Falconer’s Guild relentlessly stalk their prey, harrying their foes from afar before ruthlessly closing in for the kill. Nowhere on the pitch can be truly safe from a fate borne upon the wings of the great birds, command of the skies affording the Falconers a tactical breadth previously unknown to the Empire of the Free Cities.

The Falconer’s Guild focusses on dealing heavy amounts of damage both at range and in melee, a different spin on the ‘hit and run’ playstyle of the Hunters.

Many of the Falconer players focus on placing deadly Harrier effects on the pitch, enemies within a Harrier effect become distracted and injured by swarms of birds of prey, causing them to suffer even more damage.

The Falconer’s Guild are an ideal team for any Coach that enjoys a methodical and slightly tricksy playstyle, backed up by a capacity to deal raw damage to the opposition.

A proud man from an age when tradition and respect held sway over greed and pride, Thresher is an experienced veteran who chose loyalty to his teammates over his own fame and glory.

The Old Father is the fiercely protective leader of his Guild and his teammates are more akin to family than players on a team. Each of them loyal to their core, Thresher’s team will cut down anyone who seeks to harm them like wheat ready for harvest. Coaches will love how many tricks and unexpected attacks they have with this team, to really keep their foes guessing!

Grow together, win together.

Guild Ball is a relatively new fantasy sports game. Now, not only is the Guild Ball webshop back up, there’s three new minis available to order. 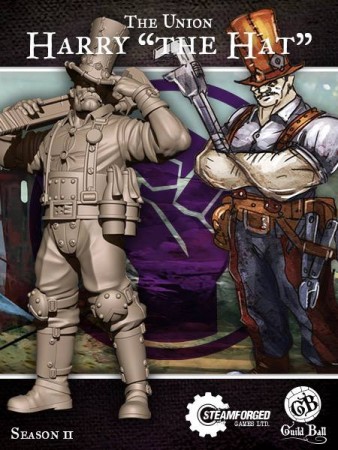 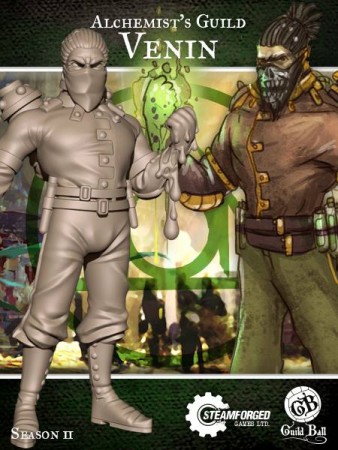 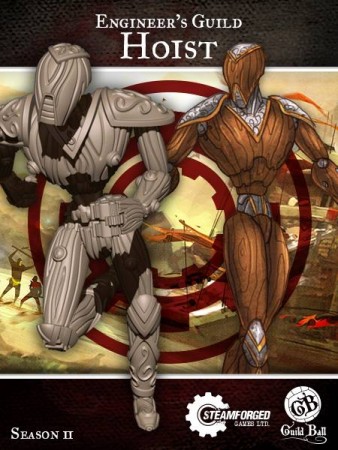