Following its defeat at the Battle of Yavin, the Empire has tightened its grip on the surrounding systems. Nearby, a secret Rebel base on Arda I hides in the shadows of a twisting canyon known as the Gauntlet, seemingly safe from planetary sensor scans. When Imperial Star Destroyers appear in orbit the Rebels are caught by surprise and scramble to evacuate before they are overrun….

Fantasy Flight Games has announced a new adventure supplement for their Star Wars RPG,  The Jewel of Yavin.

Scrape together a crew and prepare for the heist of a lifetime in The Jewel of Yavin, an extended adventure supplement for Star Wars®: Edge of the Empire™.

Set in Bespin’s Cloud City, The Jewel of Yavin includes plenty of opportunities for all characters to shine as they work to steal the priceless corusca gem.

Warlord Games has released Zulu, their latest Black Powder supplement and covers the Anglo-Zulu War of 1879.

This lavish 92 page supplement chronicles such legendary battles as Isandlwana, Rorke’s Drift and Ulundi. Zulu! brings you not only the background for these momentous battles but other, less well known conflicts as well as rules and force listings – all wrapped up with the usual photographs of beautifully painted miniature and armies!

This lavish 92 page supplement provides historical background as well as character profiles and rules for recreating the key engagements of the war, including the Isandlwana, Ulundi and Rorke’s Drift, as well as other less well known conflicts. Of course it is also packed with images of these battles recreated on the table-top, as well as photos of the region and battlefields as they appear now. The book will be out early December and will come with a free, exclusive miniature of Prince Louis Napoleon (which can also be assembled as a dashing British officer). 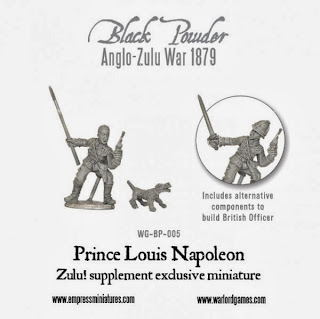 Warlord Games releases the Armies of Italy and the Axis for their Bolt Action 28mm Miniatures game.

While many nations flocked to the side of the Allies, others joined forces with Germany as part of the Axis. This volume is the definitive guide to the armies of Italy, Hungary, Bulgaria, Romania and Finland. Fight the Winter War against the Soviets, hold back the British in North Africa, or help shore up the German offensives on the Eastern Front with this latest supplement for Bolt Action.

Clan Raukaan set for pre-order this Saturday from The Black Library and Games Workshop Digital Editions.

Clan Raukaan is the second supplement for Codex: Space Marines, following on from Sentinels of Terra last month. The main focus of the book is the 3rd Company of the Iron Hands, but this is also by far the most comprehensive look at the background of the whole Chapter we’ve made yet, covering their 10,000 year history of battle in the Emperor’s name.
The Iron Hands are famous for two things: their reliance on machines, and the fact their Primarch lost his head in the heat of battle (literally and figuratively). The new rules in the supplement represent both, with alternate modes of army selection allowing you to call on the armored might of Clan Raukaan, and Warlord Traits that mean your commander either embraces his Primarch’s legacy of battle fury, or has learned from his mistakes, and approaches battle with a cold, murderous logic. There’s also an impressive new arsenal of relics, fit for the champions of Medusa.

Arioni games has a Kickstarter campaign up and running for Beyond the Pit, a new RPG supplement book for the Advanced Fighting Fantasy system.

This long awaited follow up to the seminal “Out of the Pit” features another 250 monsters, fully described and with stats for AFF2e

Something wicked this way comes from Paizo Publishing, LLC, publisher of the world’s best-selling Pathfinder Roleplaying Game, and leading publisher of fantasy RPG accessories, board games, and novels.

Pathfinder Roleplaying Game: Bestiary 4 introduces more than 300 new monsters for use in the Pathfinder RPG, including creatures from classic horror literature and monster films, such as blood-drinking nosferatu, gargantuan kaiju, mythical demon lords, and even the Great Old One, Cthulhu!